Buy us a Kofi

Known Locally as ‘De Wallen’, the Red Light District is Amsterdam’s oldest neighborhood.  Filled with a rich history, diverse culture, bustling nightlife this area can not be missed on your tour!

Listen to the guide in your own time, and let yourself be surprised by the stories that we have made for you. The Red-light district has a lot of History, why is this neighborhood in Amsterdam so famous, what is the view of the locals of this neighborhood.  There is so much to tell it’s difficult to squeeze it in two hours!

So join me on the Free Redlight District tour in Amsterdam and I will tell you the stories from before and behind the windows. The Hague district, my hometown will always be the place I come back to. Being a world traveler myself, I understand it takes a local to experience any metropole to the max. A true underdog, tourists have only recently discovered the city’s brawl and unique skyline. But there’s far more to discover…

Hidden under a layer of postmodern architecture, I invite you to uncover The Hague’s history and charm.

Come along, and find out how this city sets itself apart from every other typical Dutch town. Listen to an insider’s stories about the art and city landmarks, and explore the streets where the real The Haguemer thanks, God it’s Friday. See you in ‘070’! The Hague is the third city of the Netherlands, and if you ask me the greatest there is. That is why all the ministries are here.

A great city with even a greater history, the country has been ruled from The Hague since 1584  so there is a lot to tell. On top of that, on the tour, we see some buildings of our Royal family The house of Orange Nassau ho has always been closely connected to this great city.

Come and join me on my Free walking tour in The Hague. And let me tell you the story of this great city!

During this 2 hour tour, we cover 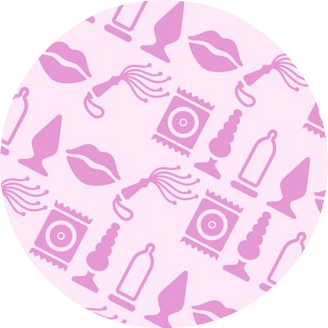 What shops are there what do the mostly sell?

“Kap Nâh!! Lekker belangrijk” What does it mean and why has this man a statue between all the royals of the Netherlands

The house of Orange-Nassau. What is there role today and why do Dutch people like there King Willem Alexander so much?

The Red light district in Amsterdam is full of contriversy and curiosity. Our guides like to really get to grips with past, present and future of one of Amsterdams most famous neighbourhoods.  Since our guides have all lived in Amsterdam for years, they have all made numerous contacts in this area and have seen both the good and bad of this district and how its changed over the years.

Prostitution has been legal in the Netherlands since 1809, but the ban on brothels was finally lifted in 2000, with De Wallen itself housing 292 brothels (at last check).  However – lets be honest with ourselves!  Prostitution is, arguably, the oldest profession in the world, so what about a time before legalisation?  What about the future of it?  To learn about the future hold for this area, we break it down:

Past:  The history of prostitution prior to its legalisation.

Present: How it works – Brothels – how they are rented?  Sex Workers – requirements behind renting out a window.  Safety – what protection is there for the girls, residents and tourists?

Future: Project 1012  – launched in 2007 to tidy and control the red light district, but at what cost?  Closing brothels – will this improve the situation, or will it make it worse?

Over the last 11 years this area has reduced dramatically in size and there are, without doubt, two very strong opinions on this.  Those that want it to stay as it is, and others who want it gone altogether.

Our guides can openly and honestly say that, despite having their own opinions, they all see and appreciate both sides.  As a result, they aim to show the area in full: the good, the bad, and the ugly, and give you BOTH arguments in a full and unbiased way, which will leave you to make your own opinion on whether this are is good for the city, or if it causes people to assume a wrong and un justified reputation.

Make sure you do this tour as soon as you arrive in Amsterdam. It gives you a great history lesson and view of the Redlight district. The guide was knowledgeable, funny, friendly, and helpful. One of the better walking tours we’ve been on.

Fun and informative We want on a Free Red-District tour on Saturday our tour guide was great! A lot of knowledge about and the history of the Red Light District she knew every detail of this area.

Such a great way to get a deeper understanding of the Redlight district and she was funny too! 🙂 Thanks!

We were visiting Amsterdam for the first time and saw the city by bike boat and walking. Our Free Red Light District tour guide was both informative and entertaining, taking us to places that we would not have found on our own.

It is of course always good to get a Dutch perspective of things when in Hollland! The tour was paid for by donation, which is great!